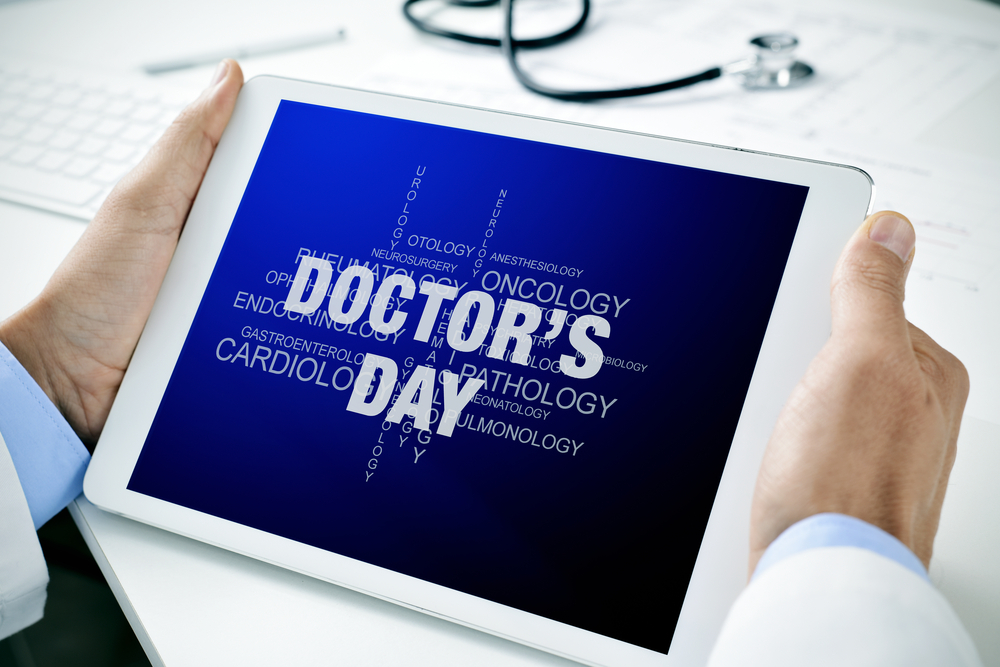 We want to recognize the contributions of physicians to individual lives and communities, even more so during this difficult time.

The first Doctors’ Day observance was March 30th, 1933, in Winder, Georgia to celebrate the first use of general anesthetic in surgery. The Barrow County (Georgia) Medical Society Auxiliary proclaimed the day “Doctors’ Day,” which was celebrated by mailing cards to physicians and their wives and by placing flowers on the graves of deceased doctors. The United States Senate and House of Representatives passed S.J. RES. #366 during the 101st United States Congress, which President Bush signed on October 30, 1990 (creating Public Law 101-473), designating Doctors’ Day as a national holiday to be celebrated on March 30.

Today, both patients and those who work for or with physicians recognize, thank, and show appreciation by giving them cards, notes or other treats.

So don’t forget to show a little extra love to your doctor today.

Let our electronic medical billing service handle the challenge of follow-up, resubmission, appeal letters, contacting carriers and absorb that time. We charge percentage based, so we only get paid if you get paid!

You and your team do a remarkable and impeccable job.